The most literary Priorat 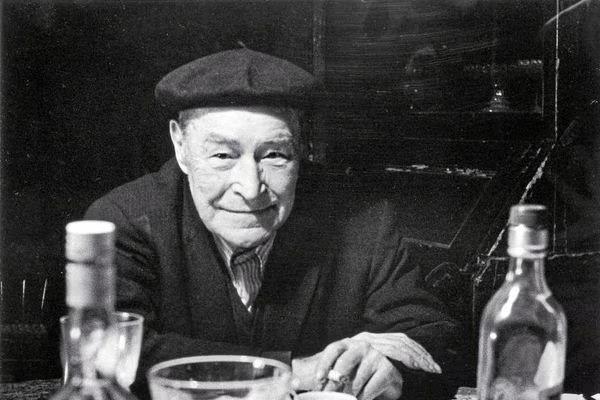 The Priorat has been and is being talked about; and literature is a living testimony of our trajectory and uniqueness. We have selected some fragments, quotes and authors who have written about the Priorat.​​​​

One of them, perhaps the best known, is Josep Pla, a reference figure in Catalan literature of all time, who describes the landscape of the Priorat in his Guide of Catalonia: "The slates of the Priorat have much more colour: next to the black tone, with a quality of tar, shining, the ferruginous, rusty and bright, warm tones appear, and this produces a mixture of blood in the process of coagulation. The country seemed to me stormy, cataclysmic, of impressive geological violence. The vines bloom and build the flat parts of the land, but they fail to create order in the slopes. The wine they produce is of high quality and very useful for drunkards, but the geology of the place already looks like it, a drunkard, an internal force, disordered and rising, that subverts the earth, a force of sumptuous colors, of dense exudate, from swellings and agitated swellings, with a strong pulse".

On the other hand, Josep Maria Espinàs, Catalan writer and journalist known to the general public for his journeys on foot, shares the experience of walking through a Priorat during the harvest, with traditions and characters that today seem invented. In 1957 Josep M. Espinàs got to know a Priorat of which, with the exception of wine, there was very little news, at a time when grapes were still carried on donkeys and water was fetched from the fountain with amphorae. In the book 'A la taula dels altres', the writer walks through this region during the harvest and wanders through towns where an outsider is a rarity. Espinàs has breakfast and chats with the people he meets in the vineyards and meets a series of curious characters who, through the writer's eyes, appear very well portrayed. What was a travel chronicle, faithful to reality, has now become a narrative that revives a world that is part of our past.

We also have Joan Santamaria, Catalan lawyer, judge and writer, who describes our beloved Priorat like this: "Tragged and obscure land, land of liquorice, land of red and courageous wine, land of fat towns. Land of paths, too. Everywhere there are entrances and exits, because it is a land of passage, sandwiched between the countryside, the sea, the Ebre and the districts of Lleida. The more you see it, the more you find it related to that other distant wine-producing land called the Rhineland. Except for the color of the people and the appearance of the towns, the mountains of the Priorat - Llaberia, Argentera and Montsant - have an admirable similarity to the mountainous banks of the Rhine. The same substance, the same crops, the same tree-lined hills, the same breath of fullness and the same plump sheen. The proximity of the Ebre and the majestic aspect, and in some places fantastic, that this river takes from Móra to the sea, just complete the resemblance"

And the literary fiction with the Priorat as the protagonist continues, today, with novels like Marges by Roger Vilà, Malanyet by Pere Audí or Un Estiu al Priorat by Pilar Garriga. The Falset's Library talks about it in this article

So, nothing better than reading to feed the soul and than discovering this literary Priorat for yourself! Take advantage of the January and February frozen prices at Hostal Sport, with discounts of up to 20%.

If you need information about the Hotel-Hostal Sport or want to contact us, write to comunicacio@hotelspriorat.com.